Oh my, was I looking forward to the first track day of the season. I made some changes to the car setup in the spring, more specifically, added the Gruppe-S UEL headers (should’ve done it sooner), and camber bolts for setting negative camber on the front wheels. I also bought a tire set specifically for track days. Unfortunately, not everything went as I hoped.

The Gruppe-S completely changes how the car feels on the street. The infamous torque dip is gone and the car feels way more alive. Before, once you dropped below 5k RPM you always felt like you were waiting for the engine to catch up. Now, it revs nicely throughout the range, and it sounds better to boot.

The camber bolts removed a bit of the understeer that the car had when driving fast on closed corners.

I also bought a new set of tires specifically for the track and put them on original wheels. I decided on Yokohama Advan AD08RS as a semi-slick track-focused tire.

I tested the tires with some spirited driving a few days before the track day but wasn’t impressed. They were on the level of my Pilot Sport 4s but I was expecting a lot more. I thought it might be that they did not get to temperature on the street. Afterward, I also read a few reviews and they were not encouraging.

It was perfect weather, at around 25c. There was a nice mix of cars again, from a bunch of Porsche GTs (GT2RS, GT3RS, GT3), to a Radical, Type R, a Cayman Clubsport and many others.

Almost immediately the tires were a problem. I had to bleed air three times, and they still overheated after barely a lap. They were squealing non-stop so I had no idea when it was on the limit. The car was understeering hard when going out of corners. And the general handling was extremely poor. In short, the tires were shockingly bad.

The best lap of the day was 1:52.1, more than two seconds slower than last year on Cup 2, and more or less the same time as on Pilot Sport 4 but with far worse handling. Not only that, but the laps were also inconsistent and I was running even high 1:54.xx. While I can take some of the blame, the tires were not giving me enough confidence for good solid and consistent laps.

It was a big, big disappointment.

The track day was on Sunday, by Monday noon I already sold the tires. I’ll be going back to Cup 2s, and I might even forgo a track set since they were a great street tire as well. I get the drift itch scratched on Driftgasmic, so I don’t need a “fun” street tire as much, plus I’m looking into making the car fully for grip.

Even with these issues, it was a lot of fun, and I can’t wait for the next one. 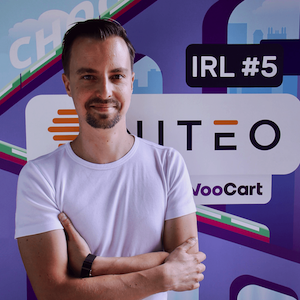